Entertaining action-thriller starring two of the biggest stars in Hollywood, Gerard Butler and Jamie "Give me that role, I can make pigs fly" Foxx. With these two playing a cat and mouse game involving the whole city, we're almost guaranteed a good time. Now comes the bad news. Like this review, the movie started out painting a picture we'd be sorry to overlook. Too bad it couldn't sustain its initial momentum of a clever thriller with action which blow your pants off. The middle section and what followed after that was just too over the top. Watch out for an unintentional, laugh out loud scene which wouldn't feel out of place in a Stephen Chow movie. It is still enjoyable though, just don't expect corn to taste like caviar.
3 STARS!

All about Law Abiding Citizen

Hey buddy ,my blog is also about movies ,i wud be glad if u cud drop by & leave ur comments :)

Anonymous said…
Your blog keeps getting better and better! Your older articles are not as good as newer ones you have a lot more creativity and originality now keep it up!
January 5, 2010 at 10:37 PM

Jorn said…
Just saw it today. It wasn't as good as I expected after all the hype, but it was entertaining to the end. Ended too quickly though.
January 17, 2010 at 8:35 AM 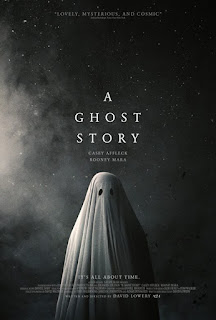 Director - Derek Cianfrance Genre - Drama/Romance A marriage implodes from within and it's not a pretty sight. No, we're not talking about Mel Gibson's marriage. This here is the complete opposite of a date movie and those plunging into relationships should back the hell away. Ryan Gosling and Michelle Williams play a married couple who fight with each other constantly, caught in a heartbreaking reality of their once happy union turning excruciatingly sour. Will they be able to save the matrimony for their sake and their daughter's? Flashbacks of when they were blissfully romantic and unaware of the storm coming fills the movie with a bittersweet nature. Those who think it's easy being in a relationship will think twice when they watch this. It's hard to pinpoint what exactly happened to cause the disintegration of their love. Gosling and Williams hit it out of the ballpark with their truth-seeking, controlled acting. Basically, what you have here is